Choosing the best voice narrator for your audio

Nowadays, there is only a single way to provide detail of what is the best narration voice is, and it initiates with: Once upon a time…. And Long time back….these words are quite good to start any story in your mind. Along with delivering a message, the narrator’s voice-over completely replaces the complete voice in the audience’s head by evolving emotions, making a mood, or building a sense of place and time. If you really want to understand the main role of a narrator in the story, just imagine in watching a documentary without any narration voice-over. If there would be shots of any animals after another animal, but no-one is there to tell the story of documentary.

A narrator’s voice comments on what is going on the screen like dubbing voice and when essential, this voice-over proves the viewer’s interpretation of the film. There are more instances of narration voice-over in business videos, website explainer videos, audiobooks, and TV commercials – and they all take several forms. But, the purpose of the narration remains the same, to give any audio/video story. While, we all know what makes a better story/documentary – it enchants the audience and the message as well. Even in professional narrations (like in various industries), a narrator’s voice still has to be convincing and clear. If and when encountered with the task of finding the perfect narration voice for your audio, here is where you begin.

What makes a good narrative voice-over?

A better speaking voice-over isn’t essentially good for narration. Only reading out in louder tone is not narrating a story – but, narration is about providing a message and to guiding your audience to appreciate this message in a designed way. The narrator’s voice-over needs to bring a portray to life and to do this, the voice-over talent needs to have a few serious acting skills.

This means that a narrator’s voice should have below listed qualities and you can learn on tips about voice over;

Serving the audio with clear and expressive messages, so the audience can fully understand the message.

This point literally means that any changes in pitch, tone, or stride should seem effortless. The voice should be natural sounding and if the narrator has an accent to narrate the story, this should be authentic.

The point stands for any adjustment in pitch and tone of narrator should be preserved throughout the voice-over narration. This should seem like the narration, the story was recorded in one flow. Though, there are several forms of narration, hereby, choosing the right narrator’s voice-over eventual depends on your business, your target market, and the type of response you want to evoke from your audience.

A voice of the narrator and dialogues that should be not only appropriate to what is happening in the audio show, but it should also leave something to the imagination. The filmmakers are especially flagrant for using voice narration as a support. A job of narrator isn’t only repeating the story to the viewers; the voice should elevate the impact of what is happening on screen. Having a good voice of narrators stand to emotions, it must not invade on the audio file. This narrator’s voice should guide the audience from a distance, only by their voice – remaining just the unbiased enough to allow the sentiments of the main character in the audio shows. This doesn’t matter that how good can be a narrator’s voice is if it doesn’t go properly with the other attributes in the show. The first time, the voice of narrators do all the work that has shown in audio production where there are no visuals to guide the audience. In another way, the narrator’s voice-over should always allow the audio attributes on the show to speak on their own.

Male voices are often combined with strength and aggression. The female voices tend to be soothing, high-pitched and soft. This could be easier to flip a coin or the audience could play it in the safest way &  restrict male voice narrators to male-dominated businesses. But many research says, that most of the people prefer female narrators. Even for the preparing advertisement of male products, people prefer to opt for female narrators. It is something about high-pitched voices such as female voices that encourages certainty in a message, believability, and trust. This is why many digital assistants and navigation systems are developed by using female voice. When it comes to educational digital content, female voices are considered as more convenient, although male narrations are deemed to be commanding. It doesn’t mean at all that voices of male narrator are out of the floor. When preparing for a car, four wheeler advertisement, and male voices are chosen to be using a male narrator for their low-pitched voice.

There are several kinds of voice narrator, you can use narrator’s voice depends on the point of view which you want to embrace. The process of concluding the types of narration voice-over which you want to use for the script seems negligible. But to know, that’s who is narrating your story helps to shape the viewer’s context. Moreover, the point of view that you want can influence the tonal, emotional, and vocal feature of audio narration. The audience needs an individual personality to connect with during the audio show, and one can determine that narrators using these terminologies;

Narrating the story in First-Person

The audio story is narrated from the context of the primary character and uses pronouns of first person like, I and we. The voice in first person creates an impression of community and connection with the audience through diminishing the emotional gap between the audience and the narrator of the story.

Narrating the story in Second person

The voice in second person uses the pronoun like, ‘you’ pronoun to keep the audience connected with the story messages. The audience will feel like the narrator is speaking directly to their personal needs. On the other hand, the second-person dialogues present a point of view those appeals to audiences that come from more individualist cultures. Therefore, if anyone wants to run any commercial audio program, you should probably select the narrative voice of second-person.

Narrating the story in third person

The Third-person audio story narration is usually opt when the objectivity of the program is primary. This third person point of view creates a chance of separation from the audience, as it leads consumers to trust third-person narrators and lean on on their voice-over narrations for the guidance.

But, narrating audio story is a whole different thing from narrating the video story content. Moreover, the audience listens to audio story narrations while simultaneously doing some other work as an audience might be driving, running, or doing something else – their attention is divided. We also hear podcasts, audiobooks, and audio stories while doing something else as well. To manage a control can plan to take a deep-breath, speaking at a normal pace, and putting voice over actors in the audio story so it can sound believable. Hence, whatever you want to narrative either the audio stories or video stories it should get done perfectly! 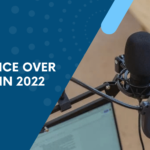 Best voice Over Trends in 2022 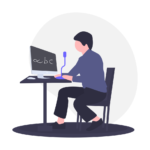 10 Tips About Voiceover You Need To Know