Top 10 Highest Paying Translation Languages – All You Need to Know

There is a specific language that has more value than others. Hence, you must learn many combinations of languages so that you can perform the translation work effectively. In addition, there are specific highest-paying translation languages that are highly paid and demanded. These languages are used in every field, such as professors, managers, engineers, business, and much more. However, it depends upon a person that they have an interest in which language. The following are the top 10 highest paid translation languages.

Almost in every state of the United Kingdom, French language translators have a huge score. In general, a translator can earn up to$20 by translating French into the English language. The demand for French speakers is increasing day by day as there is a massive demand for studying in France Universities, which gives rise to more French translators’ market. Further, the expansion in industries of France has also increased demand.

Although the French language needs every year, more than 20,000 new words are created, and these numbers make it very difficult for French translators to learn this language.

The German translators can earn more than 50000 dollars per annum. And the sole reason is their corporate and financial sectors have always been in demand.

Moreover, the Arabic language has some terms and meanings which don’t have any form in other languages. And distance as a reason for Arabic translator being the strict and high paid job.

The quick rice in the economy of China has given rise to the demand for Chinese translators. Further, the language of China has also evolved in many forms. As a result, there are more than 9 million speakers of China all around the globe. And the growing economy and rise in industries in China have also made this language highly paid.

If you are looking for a translator, the dutch language can provide you a good income. Unquestionably, Dutch language translators need expert knowledge to speak Dutch. Furthermore, some Americans prefer to talk in Dutch. It is the reason behind the popularity of the Dutch language.

In addition, the translators need to concentrate on basic understanding. However, when you know English to Dutch translation, you can earn a high income.

When we talk about translations of language, you can’t ignore the Spanish language. If we talk about speaking the Spanish language, it is pretty complicated; however, learning Spanish is relatively easy. This language has originated from Latin. So it is all accent game. However, it is a challenging language but can help you in earning a good income.

You can expect a salary of more than 50000 dollars if you know perfect Italian. Italian translator must understand the dialect and accent of Italian. More than 85 million people speak Italian globally. Italian business, medical services, and law sources all require Italian translators.

With an income of $79000, Russian translation jobs stand among the top not paid positions. Russia has perfect contact with finance and trade with the whole world. And this has given a rise in Russian translation services. Many documents and papers required translation from English to Russian and Russian to English. The grammar of Russia is complex in both translating and learning.

Per hour you can earn $20 if you know Portuguese. The demand for this language has increased in most of the territories. Both technical and business fields require Portuguese translation services. If you want to know the Portuguese language, you need to learn about the culture and political aspects. Portuguese is among the fastest-growing languages. Air force you can earn more than your expectations.

These are some of the high-paid languages all around the globe.

It does not matter what combination of language you are choosing. Of course, you need to be professional in that field. However, there are specific highest paying translation languages that are pretty complex, and hence they are highly paid. However, when you practice, you can learn any language quickly. 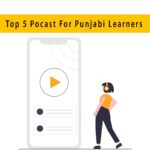 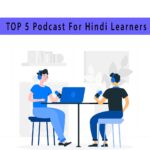 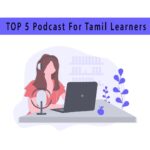 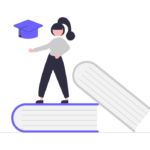