Video games are a billion-dollar business and have been for many years. In 2020, the video game market had a value of 90 billion U.S. dollars. That same year U.S. consumers spent roughly double the amount on gaming content, hardware and accessories. What is important for the gaming industry is that the first generation of gamers has now grown up. And they are willing to spend more on debuting games; therefore, people no longer consider Video games as a hobby meant for the kids. As we know that video gaming is gaining popularity among the adults in the States.

Translation services in the gaming world

Today, the market for games has increased so much that even they have a localization market. The software companies create games in one region and then translate them into other languages. The companies then launch them in the local markets.

With the evolution of video games, allowing for the addition of cinematic scenes in games; Dubbing and subtitling practices have also become integrated into game localization and design. Years of research in translation has led to the establishment of subtitling guidelines for subtitles. But the game companies do not usually apply these guidelines in their games. Many games use subtitles having more than three lines, use small inconspicuous fonts, and do not even take into consideration the well-established average reading speed. Apart from that, Video games localization is a growing type of translation that has received very less attention from a translation studies perspective till now.

Video game localization is the modifications made to a video game for selling it in a different country. Although the major part of localization is the translation of the text, it also includes changes to a game. Which includes altering art assets, preparing new packaging and manuals, recording new dialogues, transforming the hardware. It also includes cutting out parts of the game due to different cultural issues.

The goal of localization is to create an enjoyable, non-confusing play experience for the end user by paying heed to their specific cultural context while being faithful to the source material. If a player feels that the game is very confusing, or if the localization creates difficulty in understanding; It may break engrossment and ruin the player’s mood to continue the game.

We can see game localization translation Services see early in video game history. For example, the localization of Pac-Man. The actual rendering of the Japanese game would be “Puck-Man”. But the company decided to change the name while exporting to the U.S.A. As they were fearful that the public would deface the word ”Puck” into the four-letter word.

Oftentimes localization changes include adjusting a game to consider specific cultural sensitivities. Sometimes, the developers self-enforce these changes. Whereas sometimes, the national or regional rating boards impose these changes. However, controversial as well as insensitive dialogue/material can still be present in video games. And this can lead to recall of the product.

Games localized for import into Germany often have significant changes made due to the USK’s strict policies against blood and gore, profanity, and symbols associated with racial hatred, such as Nazi symbolism. China also has strict censorship rules and forbids content that endangers the “unity, sovereignty and territorial integrity of the state” or the “social moralities or fine national cultural traditions”.

Unrealistic or goofy accents are a favorite of game creators. In the image below from Rent-a-Hero in which the player, whose character is a hero for rent, pays a visit to a French friend who comments after welcoming him: ‘’I’ve heard of latest job….I ‘hope it paid well?’’

These creative solutions may not help in easy understanding contrary to the purpose of subtitling. Because they can act as an obstacle to fluent reading. But this is often encouraged in game writing and translating because it is understood that this can enhance the fun factor of the game.

Translation Services for Localization has its other tasks in games like:

Video games have different textual types, having their own characteristics and purpose. Since we are dealing with a multimedia product, the challenges translators face are also multimedia related. Within the same project, translators deal with different issues like reproducing the oral quality of dialogue in writing, voice over lip-synching, time duration and space constraints for subtitling, number of characters per subtitle, User Interface etc.

Manual for Translation and Localization Services

Manuals consist of technical texts with the minimum and optimum hardware and software specifications for running the game smoothly. Players will always find user agreement texts, informing users of their responsibilities and rights, which should be translated carefully.

Game packaging exhibit a mix of textual styles. The difference between packaging and manuals is the space provided. Space is limited by the package size, game images, company logos and legal labels. It mixes a captivating promotional caption with concise legal and technical information.

The Readme file is usually the last thing in the game development process. It informs users of all the last-minute adjustments and methods to make sure that the product runs smoothly.

This website contains all the details of the game as well as the company. These details consist of promotional text and technical details like minimum software and hardware requirements. Most of the information provided through the official web will be like the one that was shipped with the game. The websites also include trailers, reviews, fan blogs, notice boards, player support and patch files for new language editions.

There is a separate sound file per uttered sound. Scripts will generally be in Word tables or spreadsheets. The accents of the game characters have to be conveyed into other languages. In some cases, the scripts have an extra column to add voice tone comments for the voice over director. Many games feature characters talking or reacting to players’ actions. These characters may have little or no relevance to the plot. But their inclusion adds to the involvement of the player in the virtual world.

Translation companies use word tables and spreadsheets for subtitling. Although, they also use hard-coding to synchronize the subtitles with the video and animations. The dubbing script may be used directly in the game subtitling, which results in undesirably cluttered and irregularly timed subtitles with no control over the character limit and lines per subtitle. Adding to this, translators may face the fact that not all languages allow for the similar freedom when writing subtitles. Often translators apply techniques used in the translation of children’s story and comic-books. They do this to convey particularly difficult features. Time duration and space restrictions are very relevant while subtitling.

The menu, pop-up windows, and hint captions have fixed space available. Thus, redesigning is rarely possible. So translators have to maintain a similar number of characters as the original user interactive text files. Similarly to software localization, video games may have detailed and crowded menu options to control features. These features can be difficulty level, graphics display selection, mouse sensitivity, or feedback preferences in the game.

We at Verbolabs take every minute detail into account to deliver the perfect product as per the demands of clients. Our team has a large base of expert linguists who are very well aware of their native culture and dialects. Our strong quality check team and Project manager strikes the balance between quality and delivery time. 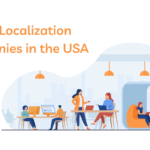 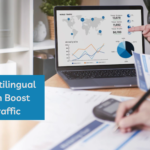 05 Ways How Multilingual Website Can Boost Your Web Traffic 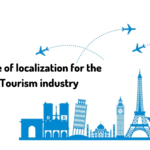 Importance of Localization for The Travel and Tourism Industry 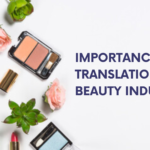 Importance of Translation in the Beauty Industry