Which Are The Most Translated Books In Literature

Translation has benefited book lovers by giving a bucket list of readings and renowned novels. Translations have also increased the horizon of literature to the extent that readers have been provided with the best books from any language. This has certainly increased the visibility of masterpieces of different writers to us. The translation of Indian literature is tough. As they have a wide variety of traits such as culture, customs, state boundaries, and language. The translation of many foreign books into English has also been successful over the years.

Let us see some of the famous translated books:

We had got the introduction to Munshi Premchands short stories in school. Godan is an epic novel and everyone considers it to be a classic. It was first published in 1936. And till today the subject base of the novel is very relevant as it depicts rural poverty and exploitation suffered by a peasant family. Jai Ratan and P Lal had completed the English translation.

Sachin Kundalkar talks about a powerful theme in this novel. It is about gender, sexuality as well as family dynamics. It was translated into English by Jerry Pinto and he has beautifully translated it as well.

This Icelandic classic dates back to 1952. The author, Halldor Laxness, has even won the Nobel Prize in 1955. Wayward Heroes is a parody of the Icelandic sagas, skewering their glorification of war and violence. Phillip Roughton has translated it into English translation.

Knut Hamsun wrote the book. Translated from the Norwegian by Sverre Lyngstad (Penguin Classics). Mysteries is a fascinating book. It centers on a mysterious man who appears in a small Norwegian town. The Midget, one of the best characters in all of the literature appearing this book

Stone Upon Stone by Wieslaw Myliwski

Wieslaw Myliwski has authored the book. Bill Johnston (Archipelago Books) translated it from Polish. Having a tomb built that the opening line of Stone upon Stone. And it’s the main plot of the book as well. This is an epic novel about modernization in rural Poland.

Antonio di Benedetto has written this great book. Translated into English by Esther Allen, this is an existential masterpiece of Argentinean literature. It was first published in 1956. And only the Spanish people read it. Now translation made the book popular among other readers as well. The BBC calls it a Kafkaesque‚ and surprisingly modern existential portrait of a tortured soul.

A Malayalam book written by K R Meera, Hangwoman (or Aarachaar in its original) is one of the most reminiscent books in modern Malayalam literature, having sold more than 83,000 copies. At its heart, the book is about live execution and the impact of media in the world today.

These books are a few examples of some of the greatest translations till now. There are many more great examples. Moreover, this showing the power of translation that enables the reader to have a wide choice of the reading experience. For your translation requirements reach out to us at info@verbolabs.com 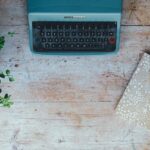 Do You Want Your Bestseller To Be A Hit In Other Languages Too?