Which Movie Translation is Better – Voiceover or Subtitles

Films, movies, or motion pictures are a series of still images which create an illusion of moving life. After creating high-quality videos for your website or YouTube, you will want to leverage these assets to reach a global audience. It also includes audio which makes it even more life-like. Here’s where the part of Online Video Translators comes in.

Online video translation is an important component of a good global marketing strategy. Almost three-quarters of consumers prefer to view product information in their own languages, and more than half of these consider this more important than price. Some people call them cultural artifacts. It is a reflection of one’s native society and culture.

Our society and culture include everything, even what we think. Movies are important and social media videos are an important part of our lives. Both films and our society influence each other. Movies are great. And movie translation services make them even better. There are mainly two kinds of movie translation services. Namely, subtitling and voice-over or dubbing.

Now let’s get to know about subtitling:

A subtitle is the simultaneous written translation or transcription of movie dialogues in a film. And the process of adding subtitles to a film or video is called subtitling. It usually appears at the bottom of a screen. It helps in a better understanding of the film dialogues and the plot in general. Subtitling can be inter-lingual or multilingual. Inter-lingual subtitling helps people understand a film in other languages. Whereas multilingual subtitling helps people with hearing problems understand a film better.

Now, let’s get to know about dubbing or voice-over translation.


Dubbing is the addition as well as the mixing of dialogues, sound effects to a film video. It is a post-production process. In the translation industry, dubbing means the addition of translated dialogues of the film to the film video. Dubbing involves voice actors speaking the movie dialogues in other languages, recording them. And then add them to the film in place of the original dialogues. Dubbing gets the preference over subtitling in many countries of Eastern Europe and Asia.

In order to understand which movie translation option is better, we need to note down the advantages, and disadvantages of subtitling and dubbing translation on the basis of few factors. These factors are time, cost, popularity, and additional benefits. So let us start with the first factor:

Most people around the World will usually choose a dubbed movie over a subtitled movie. There is no complex reason behind this fact. People would like to hear the dialogues rather than read them at the bottom of the screen.

Well, people usually don’t watch movies for their benefit. But subtitles can really help people who want to learn another language. Dubbing just gives you the fun of watching the movie in your native language. 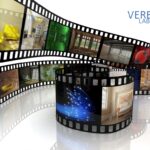 The Advantages of Including Subtitles and Closed Captions in Video?