Audio dubbing is when the original dialogue or audio of a video is swapped or transferred in another language. This technique is used post production of a film or video, to make it accessible in different languages targeting the large audience. Many software are available in the market to date which are working in the field of dubbing to make the content available for the majority of the population. Any video maker would know the importance of audio dubbing. It is an integral part of creating videos since audio dubbing lets you appeal to the mass population. Without dubbing software it would not have been possible to make our content globalize.

It is at the top of the list when it comes to the dubbing software in the market. This will skyrocket our learning curve when it comes to audio post production. It aids you to do everything from edit an audio clip to the sound effects, paired with a simple and intuitive UI that’s easy to understand and get the hang of. It costs $239.88 for a one year subscription pack but the new users have this option that they can use it for a period of time that is its trial version until they feel like purchasing it. You would not regret spending your money on it.

After adobe audition CC it is the second best option for dubbing an audio. Wavepad is great and convenient audio editing software that is being used for audio dubbing. You can use this application to record audio, you can also import audio formats, including wav, ogg, mp3, etc. the UI in this software is very minimal and simplistic to use and grasp adobe but also at the same time the application is very less detailed and multipurpose based that audition CC. This application provides you amazing tools like noise reduction to equalize other audio effects. Also you get this luxury that you don’t have to pay the first month fee.

This is the software which seems like to be made ‘for the people’ as it is very user friendly. It has an interface which is visually appealing and also convenient to navigate. It is the top choice among audio engineers. It is very convenient to dub and edit audio and just because it’s intuitive and simple doesn’t mean that it lacks powerful tools. Although it is not free, it is completely worth it to spend money on this industry standard software that never fails to do a job.

As the name, so the work. This is a simple and effective tool that can be used for audio dubbing. It doesn’t have graphics but it offers useful editing tools. It is going to do all the basics which you expect from an audio dubbing software. And obviously the best part is it is free.

Audacity is another free audio dubbing tool which is highly rated by both amateurs and professionals alike. This interface is very plain, but simple to use. But what it lacks is aesthetics, it makes up for in functionality. For a programme that is free of charge, audacity is very impressive, its audio editing programme offers many features which are the ability to manage multiple recording tracks, manage voice levels, record from microphone and import options, envelope tools and other edit tools. With so many features and tools, it stands at the top list of best dubbing software.

N-track is another recording application which is very popular, especially among the industry-level audio engineers. Although this program is primarily built for recording purposes, it can also be used for audio dubbing needs. This software is available on windows as well as apple systems, making it available for a much larger network of people. It has two versions, one is a cheaper, more limited version, another is a fully equipped professional version meant to satisfy every need.

It is one of the best digital audio workstations that anyone can get in the market. It has been around since ages and does everything from audio dubbing to audio recording and post production as well. This software is very easy to use, and an application that has its quality whether you are an amateur or professional.

The industry standard for music producers, music creators, and audio engineers are alike. This studio has so many applications and uses and will satisfy your each and every need. FL studio does various jobs like dub audio and sync it to your video, as well as create and record audio. This studio comes with a very simple and unique user-friendly user interface, with simple guides and inbuilt tutorials which can guide the user into learning their way quicker around.

It is a mobile app which is capable of chopping the audio and replacing it with other audio, as well as syncing the audio to the desired video. It is the only mobile app in this list, kinemaster does the job done for the most basic needs.

At the end of this very list, we have the free audio editor. Record sounds travel through sound cards, coming from mic or played by devices. It comes with easy to use software that is highly intuitive and user friendly for people with no other experience using software beforehand. It is also capable of dubbing audio smoothly and also syncs it to your desired needs. And what is best about it is, it is completely free! 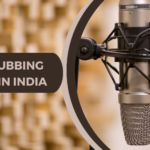 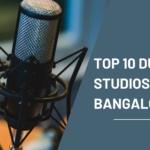 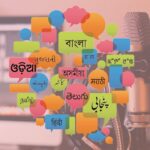 Dubbing is Crucial To Your Business, Learn Why?

What are Dubbing Services, And How Does It Work?