Subtitling Services In Banglore And Mumbai

Many people think about whether there is a need for subtitling in your video, movie, or television series. They should know that the demand for the subtitling services industry is at its peak. And it will continue for an indefinite period of time. This is because of globalization and the need for new content all over the world.

Now, some would say that new content is being created every day but I would beg to differ. First of all, not all new content creates an impact on their target audience. And second of all, you need subtitling services for your content in order to survive or flourish in the industry. I will explain this point to you using an example where a television series is launched in the market.

In short, subtitling and other translation services will expand your global market. It will increase your revenue by multiple times. And help establish your name in the media industry and among your global viewers.

Global media giant and Subscription Video-on-Demand (S-VOD) services provider, Netflix, uses this strategy. Netflix currently has 209 million subscribers in 190 countries providing its services in 24 international languages. There is a heap full of soft wares which will give you translations instantly but if a media content producer depends solely on these machine processed soft wares, then he/she should forget their expectations about the use of subtitling in their content because, with skyrocketing demand for content, localization becomes much more than just translating dialogue in another language.

How Collaboration with Subtitling Companies Can Improve SEO 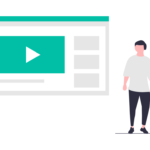 Why Are Movie Subtitles A Necessity

What Are The Qualities Of A Good Subtitle Artist?